The woman most likely 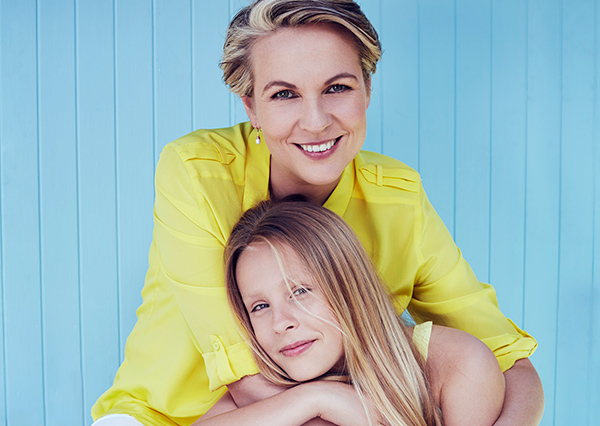 If Labor is to make its way out of the political wilderness, deputy opposition leader Tanya Plibersek will be a key player. She talks exclusively to Erin O’Dwyer

Tanya Plibersek has a gift for doing many things at once. “My personal favourite was writing a speech, talking on the telephone and breastfeeding,” says Labor’s 43-year-old MP for the federal seat of Sydney, whisking egg yolks, lemon juice and olive oil into a home-made mayonnaise.

It’s lunchtime at Plibersek’s inner-city home and the mother of three is rallying the troops. “Yes, you can have a baguette, Joe,” she says to her hovering eight-year-old. She calls upstairs – “Mum, would you like a sandwich?” – and then says to the photographer, “Are you sure I can’t offer you anything?” He declines politely, then tosses over his shoulder, “Don’t ask her why she’s not running as leader of the opposition.”

Why not indeed? Within hours of the ALP losing government in September, Plibersek emerged as a potential new leader. A few weeks later, BRW magazine described her as a “powerful candidate” due to her “warmth, intelligence … and, let’s not be shy, her undoubted charisma”. Then former PM Julia Gillard all but endorsed Plibersek, calling her one of the most gifted communicators in politics.

So when Plibersek offered herself as deputy – leaving two men, Bill Shorten and Anthony Albanese, to contest the Labor leadership – political observers were left asking why she didn’t step up for the top job. “Are there many working mothers asking that? I don’t think so,” says Plibersek, who was elected deputy leader last week. “I’m away a lot already, at least one or two nights every week, and if it was the leadership as well I’d be away every weekend.”

Juggling work and family has been the mainstay in Plibersek’s life since she entered Federal Parliament in 1998, aged 29. In that time she has had three children – Anna, 12, Joe, 8, and Louis, 3 – and breastfed each of them for the first year. Her family loyalty has only strengthened her public image as a capable and compassionate politician. “If you were to draw up a shortlist for the next PM, it would have Tanya Plibersek’s name on it,” says political commentator Lachlan Harris, a former press secretary to Kevin Rudd.

If the ALP has taken hits on its credibility and standing up for its ideals, then Plibersek is crucial to rebuilding. “What Tanya has in spades is a real decency and dignity,” Harris says. “It shines through whether you see her on TV, meet her in an airport lounge or watch her on the floor of Parliament.”

On election night, former PM Bob Hawke came under fire for suggesting that Plibersek could not lead the party because she had a three-year-old child. When it emerged that Bill Shorten also had a three-year-old, the backlash was swift, with feminist action group Destroy the Joint launching a Twitter tirade and an internet meme. “I felt a bit sorry for Bob Hawke,” says Plibersek. “He asked me, in this incredibly supportive and encouraging way, ‘Why don’t you run?’ And at that stage Louis wasn’t quite three and I said I couldn’t imagine it.”

Hawke remains a firm believer in Plibersek’s ability to lead the party. “She’s got everything it takes,” he says. “She’s intelligent, articulate and committed to the values of Labor.”

Amid the conflict and chaos of the Rudd-Gillard era, Plibersek emerged unscathed. She’s one of a number of unassuming female Labor MPs – Michelle Rowland in NSW, Kate Ellis in South Australia, Kate Lundy in the ACT – determined to trample over gender politics and make a fresh start with rolled-up sleeves.

Plibersek, especially, manages to sidestep internal party politics and the machinations of the “faceless men”, yet retains the respect of the party’s king-makers. In her own electorate of Sydney she is much loved. “It’s a very demographically diverse seat and she manages to cover a wide spectrum of people, from working-class families to the first- and second-generation migrants to the über-trendy latte drinkers,” says Harris, who lived for many years in the electorate.

Adds Harris, “What makes Tanya interesting goes beyond the fact she’s a woman. It’s her political skills and her character … that make her a strong force in politics.”

Plibersek sets out a light lunch for our interview. There’s organic olive bread, hard-boiled quail eggs, poached salmon and lettuce from the garden. On the bench is home-made banana bread next to a folder marked “school notes”. The fridge is plastered with wedding invites, photos and a timetable of before- and after-school activities.”I love cooking and I find it really relaxing,” Plibersek says. “It’s different from what I do the rest of the time.”

In the office, too, Plibersek’s hospitality is legendary. On sitting days in Parliament she’ll often cook – grilled chicken on the sandwich press or soup in the rice cooker. “It’s quicker and healthier than a trip to the Parliament House cafeteria,” she says.

Even at home, Plibersek never stands still. She darts around her kitchen, barefoot and relaxed, in white linen pants and a yellow striped T-shirt. She seldom has time to shop, and asks if she can buy the canary yellow top she is photographed in. “It’s either buy it here or buy at the airport,” she laughs. “The last time I did any clothes shopping was because I was on my way to Brisbane and had to stay overnight. I had to buy undies and a fresh shirt for the next day.”

Plibersek is one of the most invited guests on ABC TV’s Q&A program (along with Malcolm Turnbull and Christopher Pyne) – known for her calm, thoughtful answers and occasionally sharp tongue. In person, she is warmer, more personable. Still, she relishes the opportunity to spar on television, despite getting the jitters each time she steps in front of the cameras.

Plibersek is strikingly handsome, with angular features that reflect her Slovenian heritage. Her father Joseph was one of hundreds of migrants who worked on the Snowy Mountains hydro-electric scheme, then returned home on weekends. It was a close and happy upbringing.

But life has not been without tragedy and turmoil. She watched Joseph succumb to cancer at age 80 last year and she lives with the painful memory of the murder of her brother Phillip 16 years ago in Papua New Guinea. Her husband Michael Coutts-Trotter was in the news for all the wrong reasons when, after he was promoted to the post of Director-General of the NSW Education Department in 2007, the press revealed that he had served three years of a nine-year jail sentence for conspiracy to traffic heroin when he was 21 – before he and Plibersek met. Her husband was an addict at the time, and she says, “I think it’s clear that it was a pretty miserable life for Michael and he paid a very high price for it. I hope [the children] will see his experience as instructive.”

Always, family comes first for Plibersek. When Louis asks her for help to get onto the trampoline, she scoops him up in her arms and disappears outside. She returns a few minutes later and picks up our conversation exactly where she left off. “One of the most sustaining parts of my life is my family life,” she says. “For all of the disadvantages of my work, the upside is my children see a much broader cross-section of life and think more deeply about it than many kids their age do.”

On weekends, the children go with her to work. A nanny cares for them through the week and she and her husband’s extended families fill in the gaps. Any downtime is spent at home – bike riding, bushwalking, swimming laps with the kids. “Between us all, we work it out,” she says. “We’re a very close family and it makes a huge difference to have grandparents around. I don’t feel guilty asking my brother [Ray] to look after the kids because he’s forever saying, ‘Why don’t you go out on Saturday night?’ ”

The marginalised and disadvantaged are the focus of Plibersek’s work. As housing minister, she drove a reform agenda that saw $31 billion invested in new public housing and spearheaded a white paper which aimed to halve homelessness by 2020. As health minister, she introduced free dental care for children. Real, tangible wins are what inspire and motivate her.

Plibersek does not shy away from the controversy of Kevin Rudd, acknowledging that the party was “destabilised from within”. Equally, she describes the sexist campaign against Julia Gillard as “beyond the pale”. “Australians shocked themselves by how vicious some of the treatment of the PM was,” she says. “She certainly ran up against some people who never imagined a woman in that leadership role.”

Asked how future female leaders might learn from Gillard’s experience, Plibersek replies, “It’s not a question of how a woman would do it or a man would do it, it’s a question of how a person should do it in a way that reflects their personality. Ego can be a problem. False modesty can be a problem. You need to be true to yourself. Looking back, there were so many things I disagreed with John Howard on, but what you see is what you get with John Howard. And that’s a good way to be.”

Plibersek is appreciating the extra time she has with her children now she’s no longer in cabinet. She doesn’t miss having to get up and dress in the dark. But she is brutally honest that she hates being back in opposition. “It’s devastating to see the things you’ve worked for destroyed. I spent 10 years in opposition, I know what it feels like. You feel impotent and frustrated. You see the things you have worked for being unwound.”

Unlike those who believe the Labor Party has run its course, Plibersek is passionate about its future. She has never thought about running as an independent, and despite her outspoken support for same-sex marriage, she believes in working for change from within, rather than “throwing rocks from the outside”. “It will depend on us behaving ourselves and working closely together,” she says. “How competitive Labor is in three years is completely up to us.”

If a week is a long time in politics, then 15 years as an MP is an eternity. Plibersek is a survivor, a stayer, a new hope for Labor. Bob Hawke says it’s because she’s interested in people. “It’s who she is,” he says simply. “Politicians are about representing people and that’s what she does very well.”