Dancing between the lines 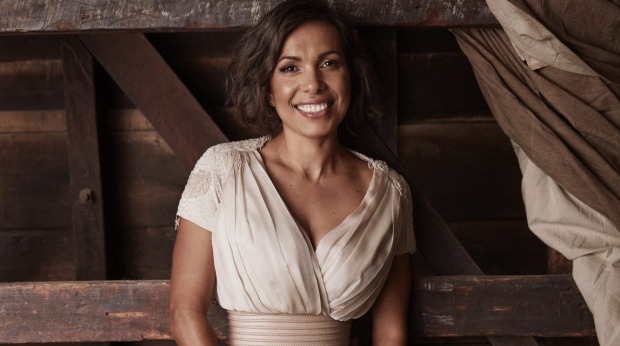 Bangarra choreographer Frances Rings has won plaudits for her dance artistry. But behind her stellar success lies a story of family pain and separation. She talks to Erin O’Dwyer.

As a little girl, Frances Rings was both disconnected from her Aboriginal heritage and painfully aware of it. In the street, people would stare at the dark-skinned girl walking alongside her blue-eyed, blond-haired father. At school, both black and white kids would ask where her Aboriginal family was. Her only connection to country was when her father took her camping in the Flinders Ranges.

One of the most acclaimed indigenous choreographers in the country, Rings has spent her career telling other people’s stories. She is Bangarra Dance Theatre’s award-winning choreographer, her artistry on display in the indigenous troupe’s latest production, Lore, which opened in Sydney this week and comes to Melbourne on August 28.

But her own history is marked by tragedy and triumph. The daughter of a Kokatha woman from Ceduna, on South Australia’s west coast, and a German father who came to Australia to work on the railways, she was three years old when her parents separated. Her mother returned to live in her community, while her father kept Frances and her younger sister Gina with him in Port Augusta.

When Gina was six, she was fostered out, while Frances, aged eight, stayed with her father. Money was tight and they had to move around, as her father chased work from Western Australia to Queensland. He worried “the welfare” would come and break up the family.

It wasn’t until Rings was 18 that she saw Gina again, and not until her early 20s that she finally reconnected with her mother. “She held the pain of her separation from us till her last breath,” says Rings.

She travelled to the Aboriginal community of Koonibba, outside Ceduna, and was welcomed by a mob of aunts, uncles, and brothers and sisters she never knew. “It was very overwhelming,” she says. “[Mum] wanted me to sleep right next to her and she kept waking up and patting the bed, to check I was still there, to check it wasn’t a dream. It was only once I became a mother that I started to understand the innate connection you have with a child.”

The pain of those early years lingers, but the 45-year-old says she has come to a place of acceptance. In her 20s, she confronted her father, asking him why he took her away.

“He broke down and apologised, and said he thought he was doing the right thing. He said, ‘I wanted to protect you and I wanted you to have a good life.’ I had a lot of unanswered questions and I needed to hear him say it. He had carried it for many years, too.”

At that time, Rings also learnt that her mother had tried to visit her when she was nine. She and her father were living in Kalgoorlie, in the WA outback, and her mother came to the front door.

“I remember my dad telling me to go inside and close the curtains and not look outside,” she says. “It was really heartbreaking to hear that much later on. I was so close to seeing her and she was turned away. For indigenous people, especially women, you don’t know what rights you have. You are told that this the way it is and you’re just meant to accept it.”

Her father died in 2011, and her mother passed away last year. Does she ever imagine the path her life might have taken had she stayed with her mother?

“I think the depth of the loss makes room for growth and awareness and allows you to develop as a person. That’s what drew me to the arts. Not every artist has to go through dysfunction and pain, but it certainly helps.”

Meeting her husband, artist Scott Clement, and building a family together – they have sons Yillen, 8 and Zef, 6 – has given Rings the stability and security she never had as a child. She says she knew from the moment they locked eyes in a Bondi bar that they’d marry. Her mother and father both attended her wedding 15 years ago; it was the first time they’d seen each other in two decades. “It was terrifying,” she laughs. “I said to my sister, ‘Can you please monitor the situation?’ But they were very respectful of each other. Dad never said a bad word about Mum.”

It was through the arts that Rings had reconnected with her younger sister, Gina; incredibly, Gina also studied dance and went on to dance with Bangarra. Rings admits that rebuilding the relationship was difficult initially.

“It wasn’t until we both had children that there was a bridge between us, a common ground,” she says. “I see her so much in my son Yillen. She adores my children, as I do hers.”

Even as a girl, Rings had artistic flair.

Her father, who had remarried and had more children, had no money for dance lessons but encouraged her as she dressed her sisters up and put on backyard dance shows, using an old water tank as a proscenium arch.

She went to the dance college of the National Aboriginal and Islander Skills Development Association (NAISDA) when she was 18. There, she learnt both her craft and her heritage. Until then, her hero had been Michael Jackson. It soon became Alvin Ailey, the ground-breaking African-American dancer, at whose New York dance centre she spent four intensive months, thanks to an Australia Council scholarship.

“NAISDA was the first time I’d been around people who were still practising their culture as it had been passed onto them,” she says. “I was ashamed that I didn’t have that. But NAISDA was a place of learning for kids like myself, where you could start to fill some of the missing gaps.”

Rings joined Bangarra in 1993 and was a dancer for 12 years before moving into choreography after her sons were born. She become Bangarra’s resident choreographer in 2010. Her work, including Unaipon for the 2004 Adelaide Festival and 2012’s full-length piece Terrain, has won her three prestigious Helpmann Awards and a Green Room prize. Internationally, she’s a sought-after dance teacher, working with indigenous dance companies and at festivals in India and Canada.

Rings talks about dance in the same way actors talk about their craft. She loved the transformation of stepping onto the stage and becoming someone else – a brolga, a stolen-generation child, a waterhole. Choreography took her to a new spiritual level.

“Choreography is a connection to the unseen, in the same way Aboriginal people see the world as part-physical, part-spiritual,” she says. “When we step into the rehearsal studio, it’s a sacred space.”

In her community, Rings is a powerful role model. Even more so because, like so many Aboriginal people, she grew up separated from her identity. But Rings emphasises that with loss comes gain.

“Even with settlement and colonisation, it still exists – it lies dormant and waits for the next generation to awaken it. You can sense that in the landscape and you don’t have to be indigenous to recognise it.

“Having been deprived of it as a child, it created a hunger in my belly. I wanted that sense of identity. That put me on a journey of searching and inquiring that has continued to unfold for me.”

Today, Rings is channelling Whitney Houston, circa 1991, in rolled-up, ripped blue jeans, ankle boots and a sleeveless long-line jacket. She pats her new haircut and worries if it’s too “soccer mum”.

Hers is “a very neurotic lifestyle”, she admits. “I can’t do half-measures, so when I come here, my focus is on work and when I walk in the door at home, I put my work away. I’m very clear about these roles.”

She and Clement recently bought their first house, on the NSW central coast, after uprooting their family from the south coast town of Wombarra, where they’d lived for 14 years, in search of cheaper property prices. Rings says it’s just another example of how her husband has been her rock.

“Scott knows that this is my life and he’s like, ‘You do what you’ve got to do. We’re your family and we love you and we’re here for you, so where we can support you, just let us know.’ ”

In the rehearsal space, at the far end of Pier 4 in Sydney’s Walsh Bay, the affinity among the company members is evident. As the dancers limber up, Rings changes into grey track pants and thick purple socks. She directs the flow of movement across the stage, trying to avoid a collision between the ensemble and lead dancer, Elma Kris. Kris marks out her solo, a transfixing tribal motif.

Sheoak, part of the Lore double bill now playing at Sydney Opera House, explores the native tree as a source of food, medicine, shelter and implements. A series of bleached wood boughs become branch, root, trunk and weapon in the dancers’ hands.

Once, Rings would have planned her choreography. Now, she works organically. For Sheoak, she set up different scenarios to evoke the dancers’ responses. What would they do in this family situation? What would their mother/brother/father say to this dilemma? “It’s an open-heart dance and there is a huge investment from the dancers and the creatives and from myself,” says Rings.

“In a Bangarra work, there are many layers and subtexts going on.

But ultimately, the audience will take what they need. That’s what art is supposed to do. So we just channel that. We are the conduits.”

Rings has never been overtly political. But she acknowledges the importance of Bangarra’s voice. Its role – and hers, she says – is to keep telling stories, as their elders have done for centuries, and hope they can bridge the misunderstanding between black and white Australia.

“Everything that we want to say, we say with our art,” she says. “We don’t have the answers and we can’t solve the problems but what we do, we do with integrity and authenticity, and we carry our families and our communities with us.”