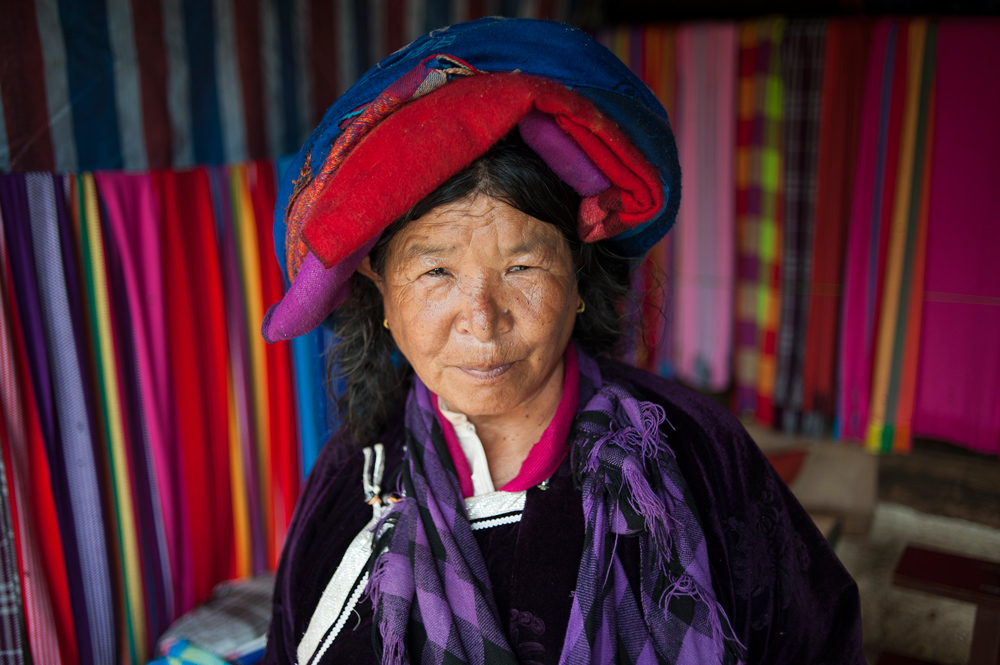 By an idyllic lake in southern China, women control the wealth and take as many lovers as they please. It’s an ancient tradition attracting a 21st-century response, reports Erin O’Dwyer.

High on the Tibetan plateau, on the pristine shores of Lugu Lake, a snaking line of young men and women dance Cossack-like around a flickering bonfire to the jaunty tune of a wooden flute. China’s Mosuo minority is one of the world’s last surviving matriarchies. Their fire dance is mostly for the tourists now. But the traditional courtship ceremony still plays a vital role in bringing young lovers together. In Mosuo society, there is no marriage: no word for husband, no word for father. Here, women are the head of the household and take as many lovers as they like. The fire dance is one of the few times a man gets a say.

“If the boy fancies the girl, he will tap three times on her palm,” says 18-year-old Ci La Zhu, a delicately beautiful Mosuo girl in a yellow silk dress and bejewelled black headdress. “If a girl likes the boy, she will tap three times back. Now, though, because we all have mobile phones, if we fancy each other, we will send a text.”

The Mosuo are poised on an extraordinary knife-edge – wealth and prosperity on the one hand, radical social transformation on the other. Electricity arrived only 10 years ago. Now, tourist dollars have brought unimaginable riches. Homes that still have no running water have mobiles, iPads and internet access. Electric twin-tub washing machines are filled with water from the lake. Wealthy families drive new four-wheel-drives.

Until recently, Lugu Lake was a bone-shattering, day-long bus ride from the closest city, Lijiang, in the north-west of Yunnan province. But domestic tourism across China is exploding. New roads and tunnels have reduced the trip through the spectacular 3000-metre mountain range from eight hours to six. In 2011, visitor numbers almost doubled in one year, to 570,000.

While foreign faces are still rare, Lugu Lake has become one of China’s most sought-after travel destinations, with its jagged mountain peaks, ultramarine lake and eternal spring climate. Buses are pouring in from across mainland China, Hong Kong and Singapore. A new airport will see numbers skyrocket.

What tourists come to see is the Kingdom of Women. Here, women are the chiefs. They control the wealth, inherit the property and do most of the labour. Children are raised in the mother’s household and uncles play father to their sister’s children. Grandmothers are revered and must be obeyed. “People say the Mosuo are a matriarchal society, but actually it’s a matrilineal society,” says French anthropologist Pascale-Marie Milan, who is living with the Mosuo as part of her PhD research. “There are matrilineal societies in India and Africa, but those societies have marriage. In the Mosuo society, there is no marriage. In their custom, the man visits the woman in the night. It’s the only society that does that now.”

The Mosuo’s “walking marriage” is shrouded in mystery and mystique. A man attends a woman’s house at night, arriving under cover of darkness and leaving again before dawn. The relationship is only made public when children come along. Even then, lovers can separate easily. Family bonds come before love relationships, and because children and property always belong to the mother, a walking marriage ends without fuss.

Anthropologists believe walking marriage was a way of protecting family wealth, perhaps dating back to the 7th century. No one knows its true origin. What is extraordinary is that, despite a push towards traditional marriage from the Chinese government for the past 50 years, walking marriage is still the norm. It is practised by coming-of-age teenagers and young people in their 20s and 30s, as well as their parents and grandparents.

In Xiao Luoshui Village, on the northern shore of Lugu Lake, we meet 27-year-old La Chuo Zhu Ma and her younger sister, Jia. They live with their mother, grandmother, younger brother and La Chuo’s two small children in their ancestral home, a communal log ranch with sloping clay tile roofs built around a central courtyard and surrounded by rice fields.

La Chuo and her partner practise walking marriage. But their decision has not been without conflict. La Chuo’s partner is from the Pumi minority, and his friends have teased him for allowing his “wife” to have her way. “At the beginning, he didn’t support my ideas,” says La Chuo, a striking woman with raven hair to her waist. “But after we had children, he had to compromise. Lots of my friends who are Mosuo girls have married out, to other minorities or Han Chinese families, and they have lots of conflict with their new family. That’s why I choose the walking marriage. I can avoid direct conflict with my ‘husband’s’ mother.”

Sadly, some tourists see walking marriage as akin to free sex. Tour group leaders deliberately rev up their customers’ expectations and a red-light district has mushroomed. Some prostitutes are Mosuo women, most are not. There are reports of Thai prostitutes dressed in ethnic dress and also of Mosuo men taking advantage of the new blood streaming into their villages. This is causing alarm among the sisters and mothers.

“In the old days, everyone is sharing and helping each other in the fields and in the houses,” says La Chuo. “Now the tourists come and people learn bad habits from them. There is less harmony and less sharing. So many young girls come here in the name of free love and the boys start practising walking marriage with them. It’s pretty bad. In fact, a few of the [Mosuo] girls do it, too … for fun or making money, loads of reasons. But I don’t have any solution because the tourists also bring us money.”

Though only a year younger, La Chuo’s sister Jia, 26, has been bewitched by the tourists. In perky Mao-style cap, blue jeans and Birkenstocks, she has her heart set on marrying a foreigner. “The boys are very lazy here,” she says, laughing hysterically. “I knew some foreigners in the past and they could fix the light, fix the toilet, clean the toilet, fix everything in the house. The DIY man. You can see here today, we are busy cutting vegetables and preparing dinner, and they just sit next to us, drinking beer and playing poker and ignoring everything. At whatever age, women are like the mother and men are like children.”

A few doors down, we meet the Aya family. Si Geng Ma, the 69-year-old matriarch, is still dressed in traditional Mosuo garb – navy blue skirts, a violet velvet coat and a crimson headscarf woven from goat’s wool. But already things are changing here. Each evening, the family welcomes two or three tables of tourists into their home.

Their family structure is changing, too. One daughter lives with her husband in the city and one son married a Naxi minority woman and has brought her to live with them. Only two of Si Geng Ma’s children still practise walking marriage – her 38-year-old daughter, who lives there with her nine-year-old son, and her eldest son, in his mid-40s, whose children live with their mother’s family nearby. Si Geng Ma’s own partner died many years ago. But whether she has taken another lover, no one knows. Such things are kept secret in Mosuo society.

Tonight, there are eight tourists visiting. They are from mainland China, all under 25. Si Geng Ma’s daughter and daughter-in-law busy themselves serving the local speciality, pork sausage. Si Geng Ma does not speak to the tourists. She just watches them with smiling eyes. “The tourists come in and bring us money,” she says. “In the old days, when I was a little girl, food was very limited. We had fish from the lake and rice to trade. When we didn’t have anything, we would powder the stem of a corn cob and make it into soup, or we would walk into the mountains and get tree bark to eat.”

Even the 20-something sisters, La Chuo and Jia, recall having so little food as children that they had to borrow rice. Now they earn more than $75 a day dancing for the tourists and cooking them meals.

Despite the swathe of new guesthouses springing up on the lake’s edge, the water remains unspoiled. But tourism is bringing enormous change.

So how do travellers ensure that they do not destroy the very cultures they come to see? “For sure, Lugu Lake is going to become a very touristique place,” observes the anthropologist Milan. “But they want tourism. They want to improve their lives and they want to speak about their culture. It is their own choice. My favourite sentence is, ‘Just come, and see by your own eyes.’ If you want to know about it, you have to come.”